For Susan Guggenheim Jury Service is not an option.

Today is the 4th of July and one woman in Pennsylvania made a stand recently for the natural rights memorialized in the Declaration of Independence.    Susan Guggenheim was standing at the door of her home, stooping over to pick up the mail, when she spied the jury notice.  She had just joined the ERA Campaign Network, a group dedicated to the ratification of the ERA Amendment written by Alice Paul, the woman responsible for obtaining for women the right to vote in 1920.

Susan reports she was experiencing a growing anger at the failure of the Women's Movement to affirm women in their inherent rights.    After carrying the card around for several days she filled it out, declining to serve, the reason being that she is not a full citizen of the United States and therefore cannot sit as a juror.  In part, she was angry at the long pause in the campaign to affirm the rights of women.  In part, she recognized the opportunity to focus attention on a fact which has evaded the attention of American men and women for nearly a century.    Women can vote but they are not full citizens, with their rights affirmed by the Constitution.

This fact should give women pause today and send them on line to read the Declaration of Independence, America's mission statement.  Today, with fascism hanging over all of us, remember the war for freedom, so nearly lost now, was never finished.

The card was mailed off.  In due time Susan received a card which accepted her reason and excused her from jury duty.    Which is, according to Ms. Guggenhein, the beginning of the real story.

Women, she said, can protest the failure to ratify the ERA by following her example.  Despite expressed concerns such a protest will be viewed as 'domestic terrorism,' many women are now eagerly awaiting their jury notice and will follow Susan's example.  According to Susan, many are already doing so.    And women who understand the danger in which they stand, especially today with the propensities of government revealed, are willing, knowing how much is at stake.

Asked if she expected to start a movement Ms. Guggenheim responded, “it could happen.  The issue has been reviewed by law professors and we are standing on firm ground.”  And ultimately, as Susan B. Anthony said, “Failure is Impossible.”   You can get in touch with Susan through the website Women of the Jury
Posted by Melinda Pillsbury-Foster at 9:07 AM 5 comments:

Susan
Posted by Susan Guggenheim at 1:30 PM No comments: 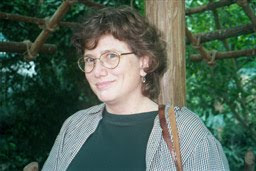